Our very own Catherine, operations supervisor for City Sanctuary, recently spent two weeks working with one of Aotearoa’s most fascinating native birds: the very rare kākāpo. 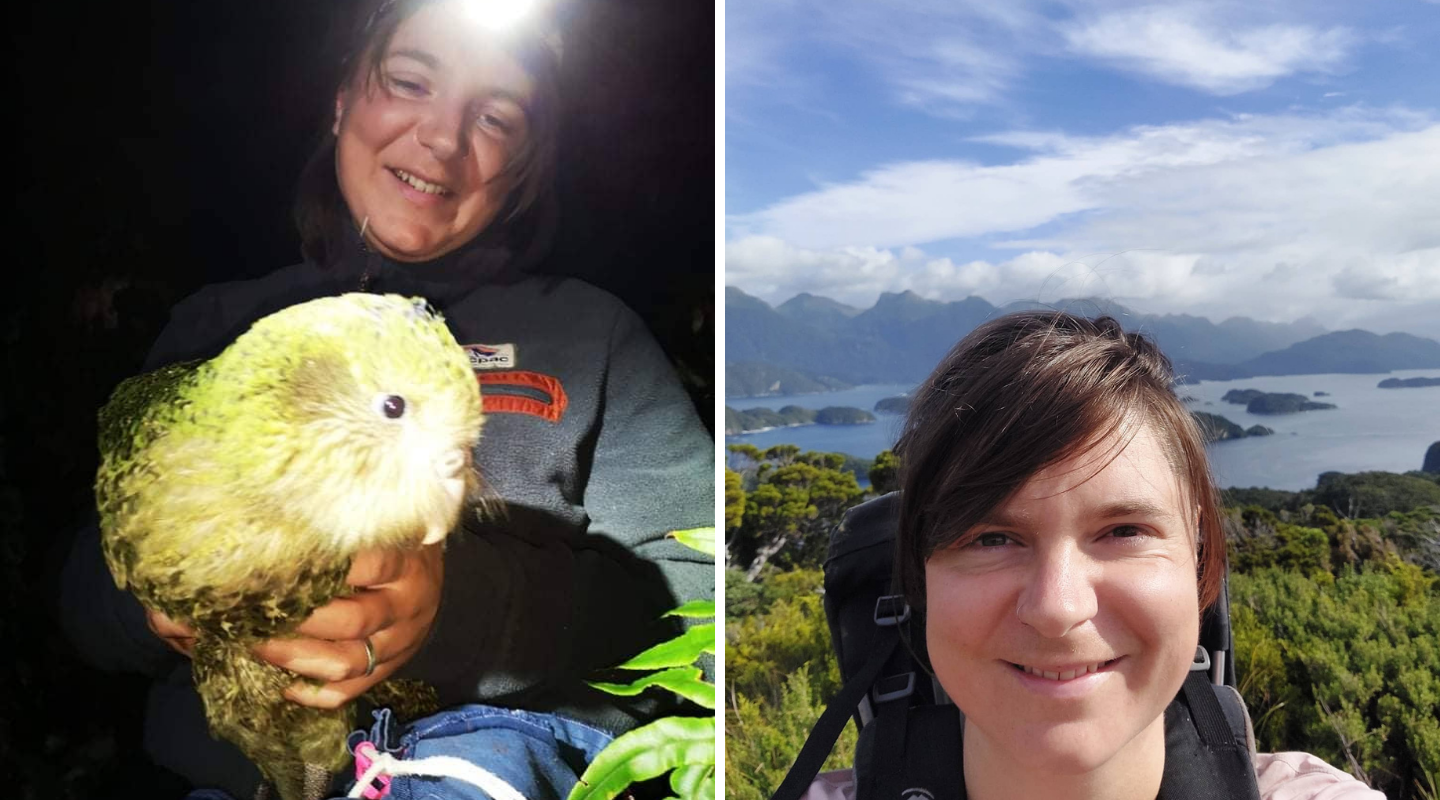 Left: Holding a kākāpo chick during a health check up. Right: Selfie on a rare sunny day on the island!

Over the Easter break I was lucky enough to head down to Anchor Island/Pukenui with my husband for a pretty exciting volunteer opportunity. Nestled in Fiordland’s Dusky Sound, Anchor Island is one of three offshore islands that are home to the critically endangered kākāpo. The island is predator free and the first kākāpo were transferred there in 2005 after stoats were eradicated from the island in 2001.

Kākāpo are large flightless parrots found only in Aotearoa. Once widespread around the country, they had a brush with extinction when their populations got as low as 50 birds. Find out more about kakapo by visiting DOC’s website.

Stepping onto the island was like going back in a time machine to pre-human settlement. The beautiful rimu dominant forest is heaving with abundant and curious birdlife. I encountered my first tieke (saddleback) and mohua (yellowhead) who were very friendly. These birds often hung out in little packs with bellbird, brown creeper, south island robin and piwakawaka and would follow me along the track.  Being out in the pristine wild with these special companions reinforced how incredible New Zealand’s native biodiversity is and how important it is for us to do as much as we can to protect them. 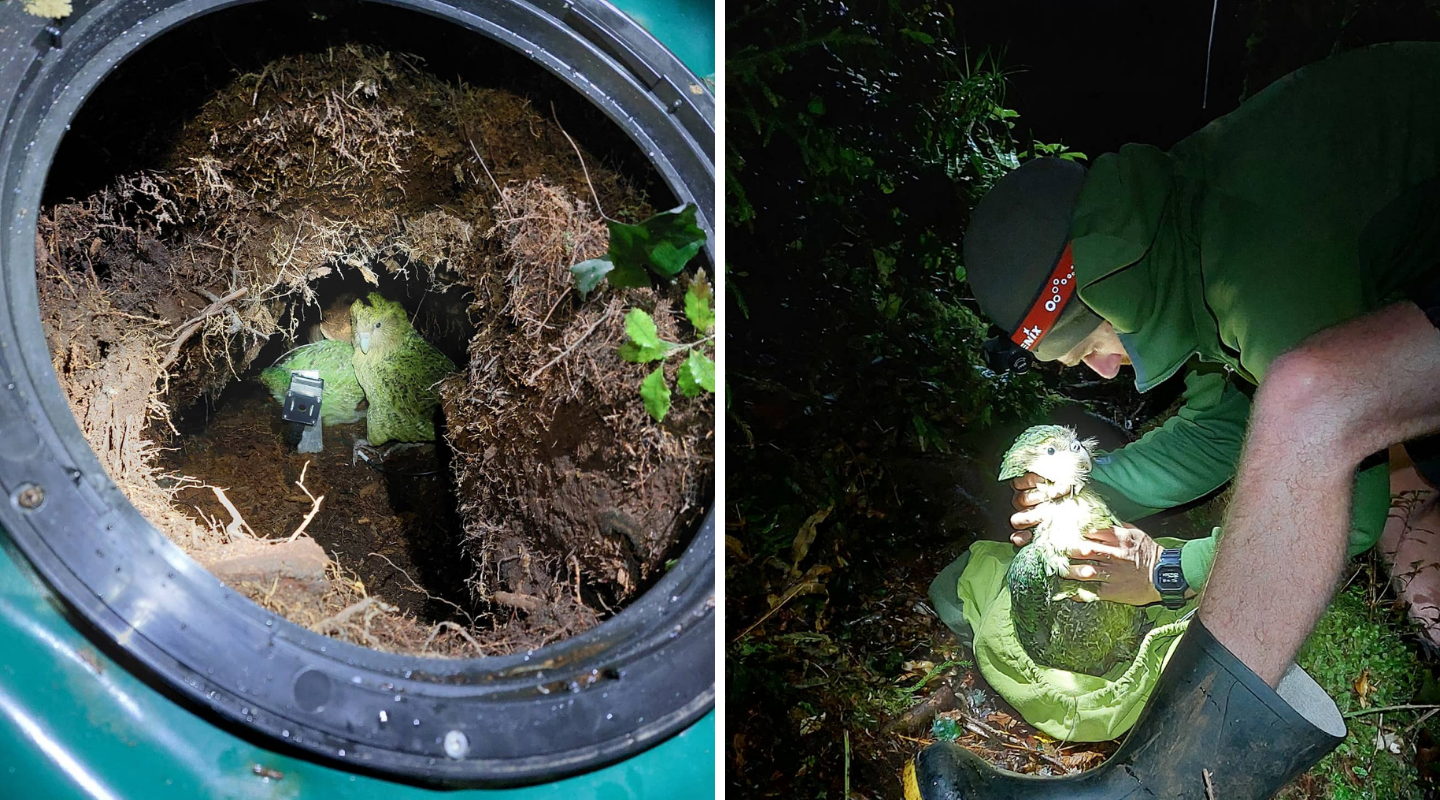 For two weeks, I hiked around the rugged island topping up feed stations that provide resident kākāpo with extra nourishment. This helps ensure females keep on weight while feeding their hungry chicks and males are healthy after an active breeding season. The island is free of rodents, possums, mustelids and ungulates (I was sure I heard a goat but it turned out to be a seal pup having fun in a creek!)

I was lucky enough that I was also able to help the rangers with chick health checks. We would storm out in the evening to their nests and gently check on the fast growing chicks while their mothers were out gathering food. We were also fitting transmitters to many of the larger chicks who were starting to leave the nest! These checks were so special. To see a chick that was now almost fully cloaked in their beautiful green or olive feathers and getting their own quirky personalities was incredible. They make a cute little grunting noise and smell, as my husband says, “like a sexy musky Spanish man”! Or a more common reference is the inside of a violin case. 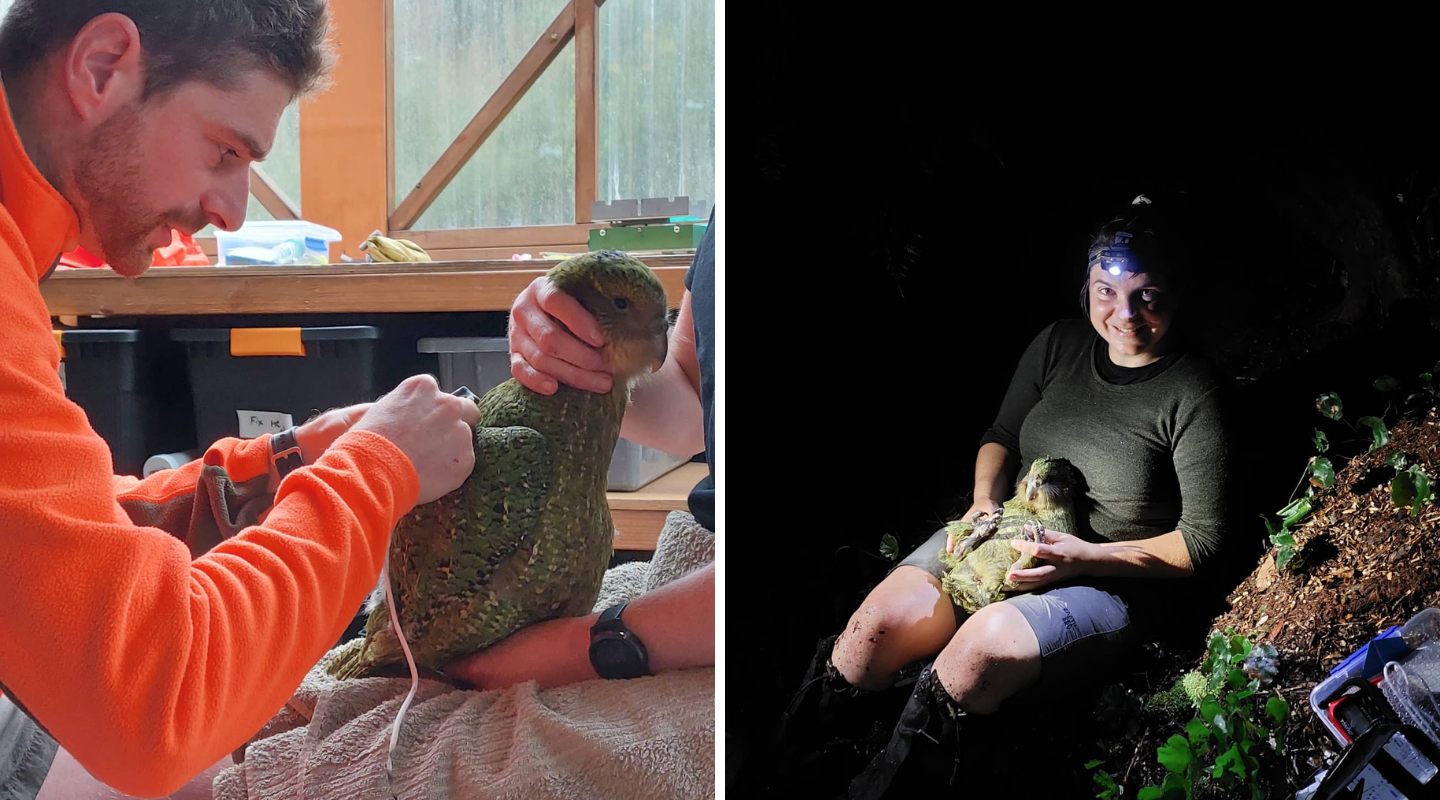 Left: DOC ranger Theo attaching a transmitter to a juvenile kākāpo. Right: Holding a kākāpo chick while it has a health check up.

It was incredible to see the passion and hard work that the rangers put in to ensuring these kākāpo get every chance of success, it made being there truly infectious and gave me great motivation to make our project here in Otepoti succeed so that one day we can be home to some of the special birds that were on Anchor Island/Pukenui (maybe not Kākāpo!). With all going well with the remaining chicks and adults , this season should see a population of 250 kākāpo! 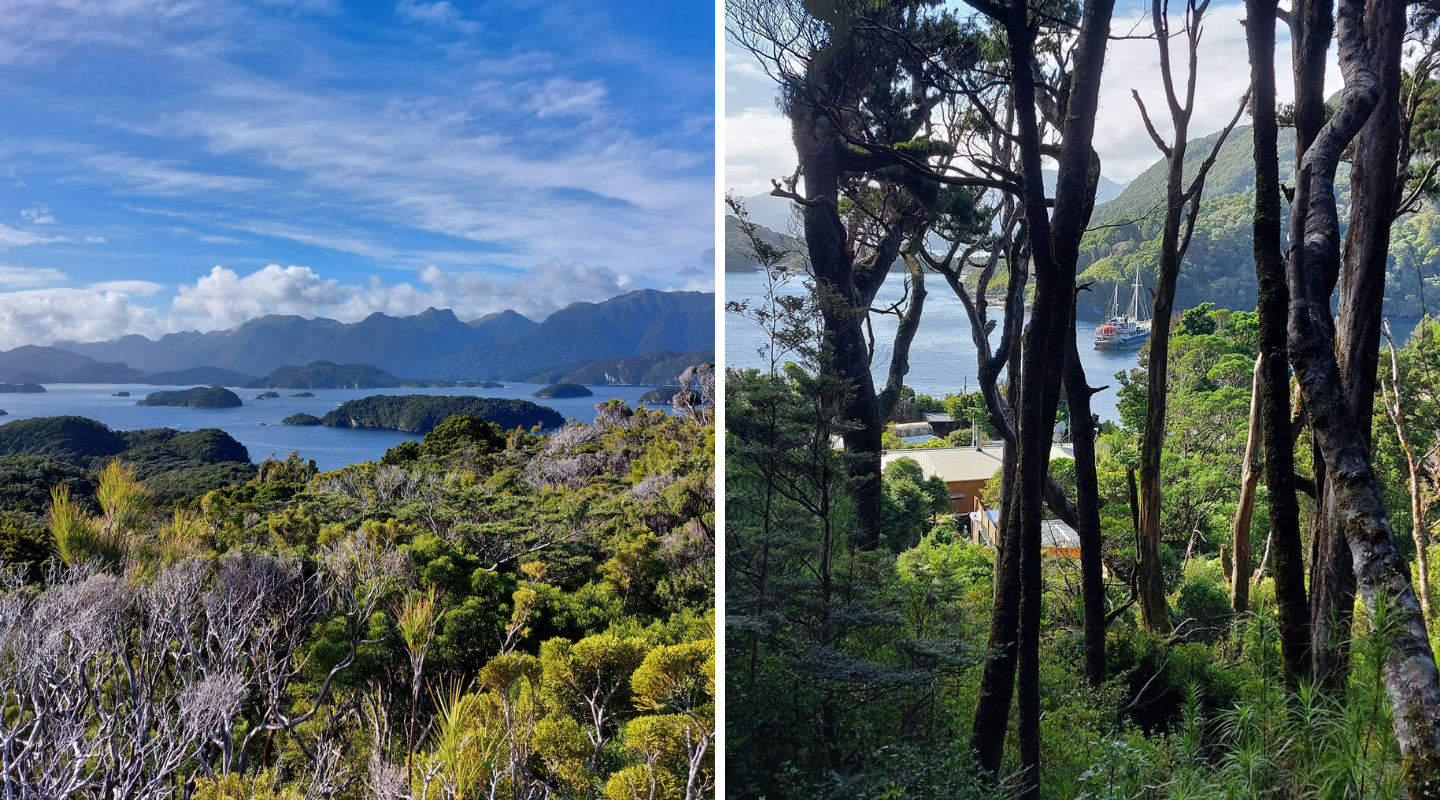 Volunteering with kākāpo is a truly life changing experience and I recommend it to anyone. The seasons are usually every three years so your next chance to volunteer will hopefully be 2025!

Find out more about volunteering with kakapo.

Listen to Allison Balance's story on RNZ about the kakapo work on Anchor Island this season.