Article by Brenda Harwood republished from The Star.

The latest urban predator control equipment is now easily accessible to the public through a new ‘‘trap shop’’at the Dunedin iSite and Department of Conservation Visitor Centre in the Octagon.
Operating under the umbrella of City Sanctuary, the trap shop offers information, traps, predator chew cards, and other equipment for dealing mainly with possums and rats.

Doc Visitor Centre ranger Karen Connor was happy to support the organisations, including City Sanctuary and the Halo Project, working under the Predator Free Dunedin umbrella.

‘‘We have the equipment that people need to discover and trap predators in their back yards, and we can advise people on how to use it safely,’’ Mrs Connor said. 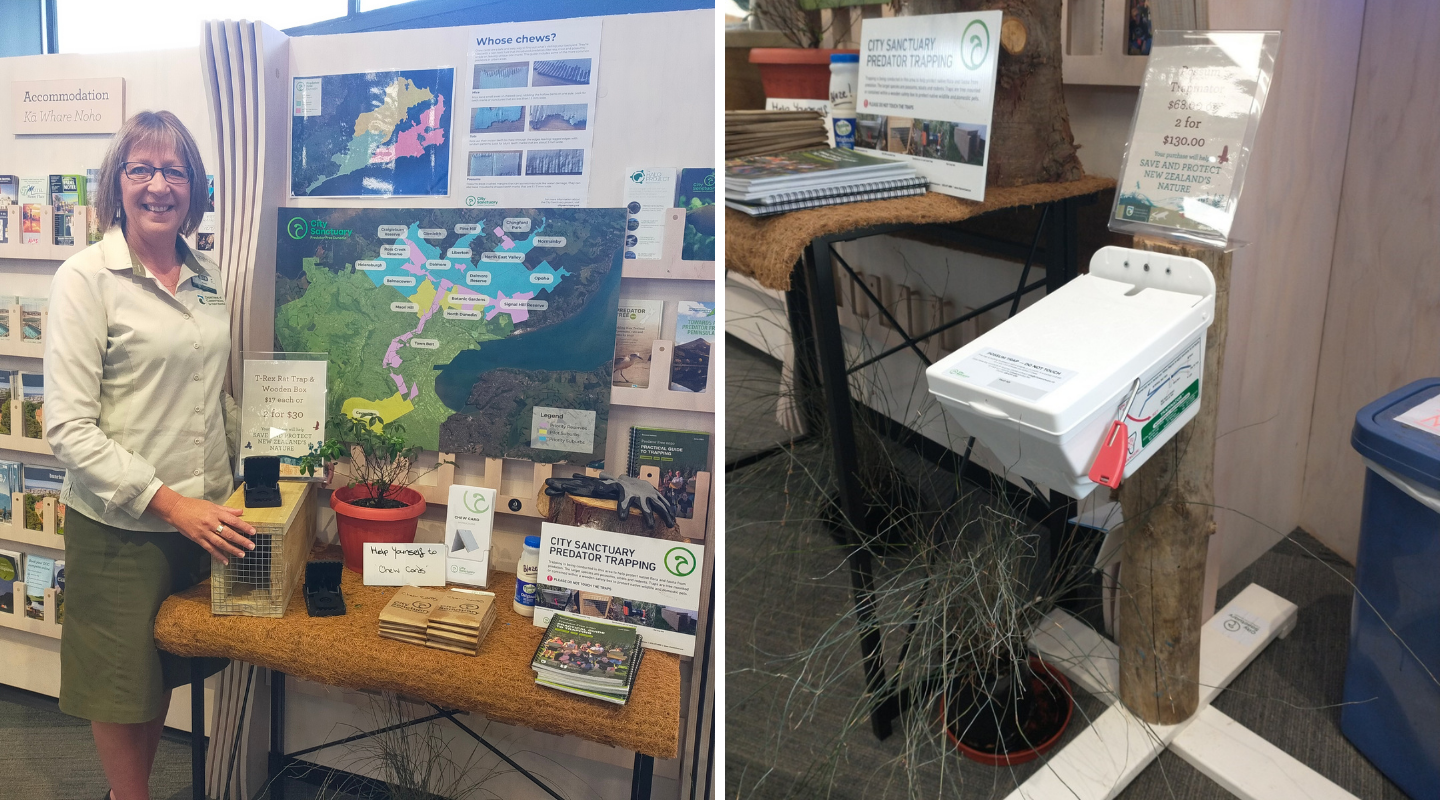 ‘‘This is how we will support local flora and fauna, and help to bring the birds back into the city,’’ Ms Tanner said.

‘‘Our vision is for people to hear a chorus of birdsong in their backyards, and to see species such as kaka in the city.’’

The long-term vision of City Sanctuary and Predator Free Dunedin is to get rid of possums, rats and stoats from Dunedin’s urban and rural landscapes by 2050.

‘‘To achieve this, we need to activate and engage with the broader community to get people on board with the trapping programme,’’ Ms Tanner said.

Interest in the programme was high in the community, and in areas where trapping has been done, there were noticeably higher numbers of native birds.

‘‘People notice and are very happy with improvements to the biodiversity of their neighbourhoods and are keen to be involved,’’ she said.

In some areas, people are eligible for subsidised or free traps, but those who were not could now access traps themselves via the iSite-Doc Visitor Centre.