By Meg Davidson
This article was originally featured in the Valley Voice (September 2020).

RIP Stumpy. Sorry, but your nightly feasts on my kōwhai, silverbeet and cabbage seedlings had to stop.

If we hadn't got an infrared camera, you and your friends probably would have chomped through my entire vege garden by now and would be waiting hungrily for the tasty new leaves and birds' eggs of spring.

Rob and I live in Kelvin Road and regularly hear the night-time rustle and hissing of possums. We set a Trapinator possum trap (human and effective) but every morning there was nothing but nibbled bait, sometimes with strange grooves. So what was going on?

Open Valley Urban Ecosanctuary Coordinator Clare Cross lent us an infrared camera so we could spy on the wily bait thieves. The camera evidence was jaw-dropping. More than one possum was visiting the trap each night, including an enormous tail-less critter we dubbed Stumpy. 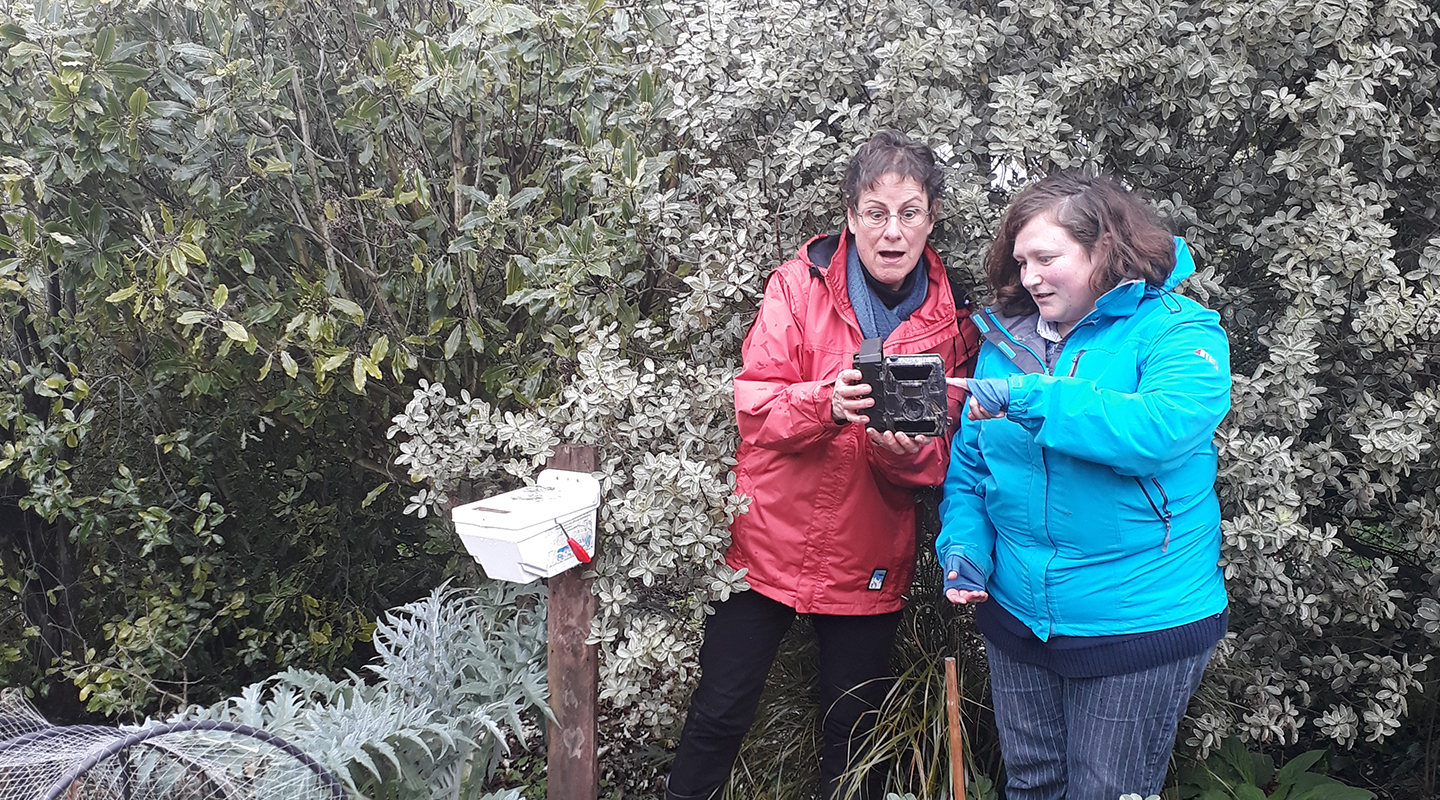 We put the trap on a hair trigger and the second night we got her. Yes, Stumpy was a female. A 3 kg battle-scarred veteran. Mother of who knows how many offspring. She was missing a tooth as well as her tail, hence the grooves on the bait!

Stumpy's demise wasn't the end of that night's action. Another possum came and had a good sniff. Two nights later we caught that one too (another female). The camera footage showed a THIRD possum actually climbing over its carcass to get at the trap. Trap shy? Hardly! It met the same fate a few nights later. 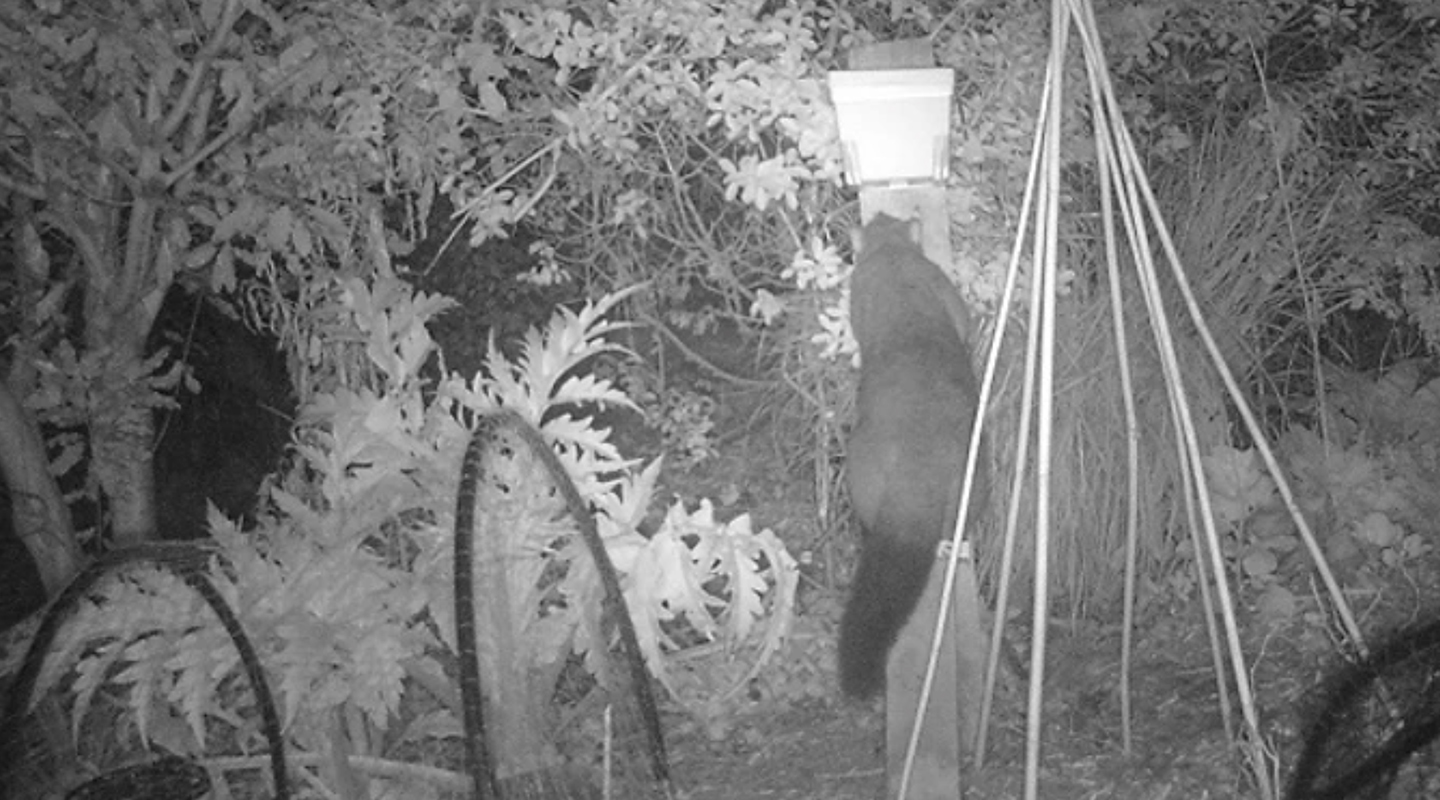 One of the THREE possums caught on camera investigating Meg's trap.

I get no pleasure from killing these engaging furry critters. But considering the damage they do to the environment I decided I can't afford to be sentimental.

Are you interested in helping native wildlife (and your vege patch) through backyard trapping? in your backyard? Come along to Open Valley Urban Ecosanctuary's Pop-up Trap Library!

We are also looking for community volunteers who can help coordinate trap lines and help run the library. If you're interested, contact Clare Cross ([email protected]). 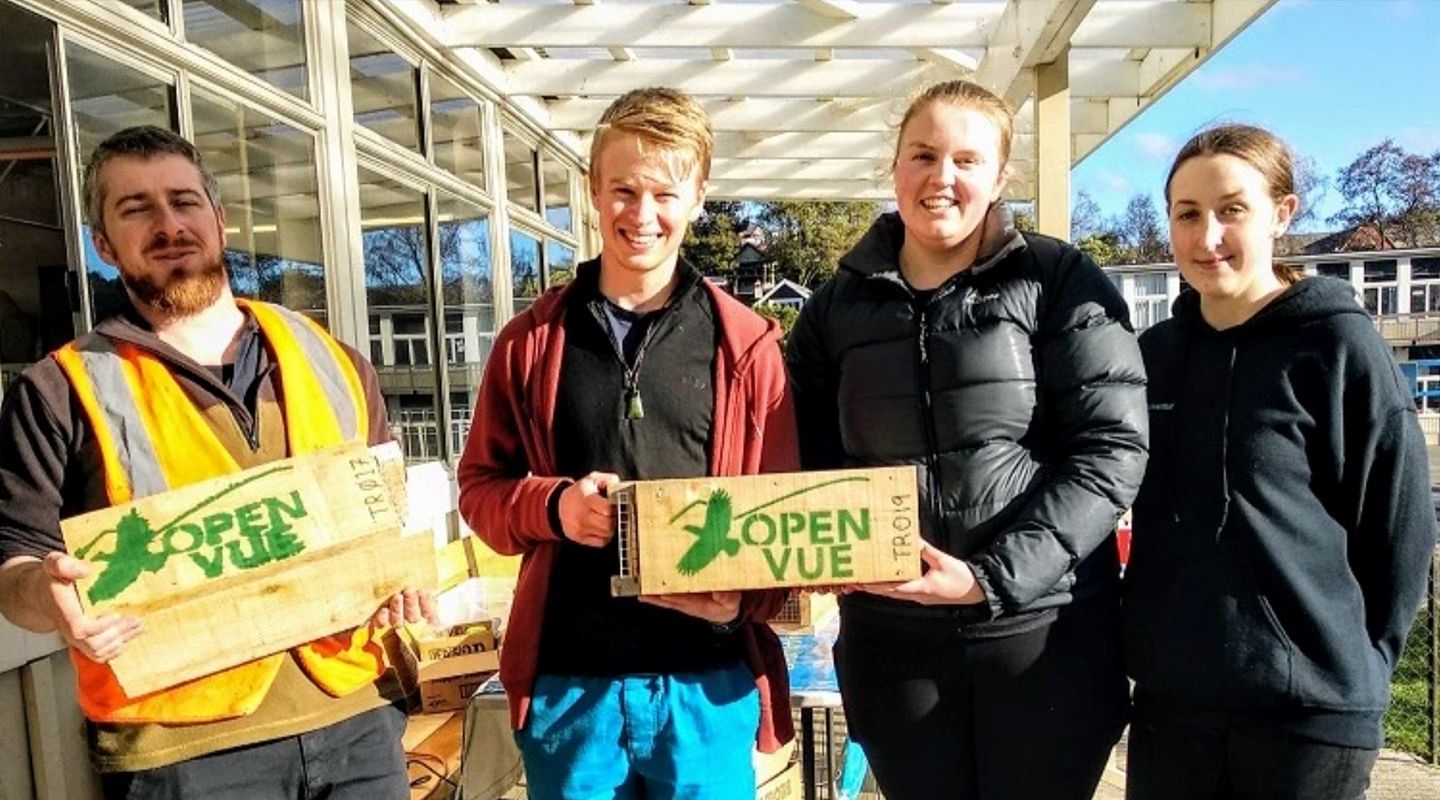 RIP Stumpy. Sorry, but your nightly feasts on my kōwhai, silverbeet and cabbage seedlings had to stop. @citysanctuarynz
Caught on camera: possums in North East Valley
Our vision is to create a vibrant City Sanctuary for Dunedin where wildlife thrives, and communities are leading city-wide predator control. @CitySanctuaryNZ