The streets of North Dunedin are no longer safe for predators, with almost 90 student flats now trapping from their backyards. 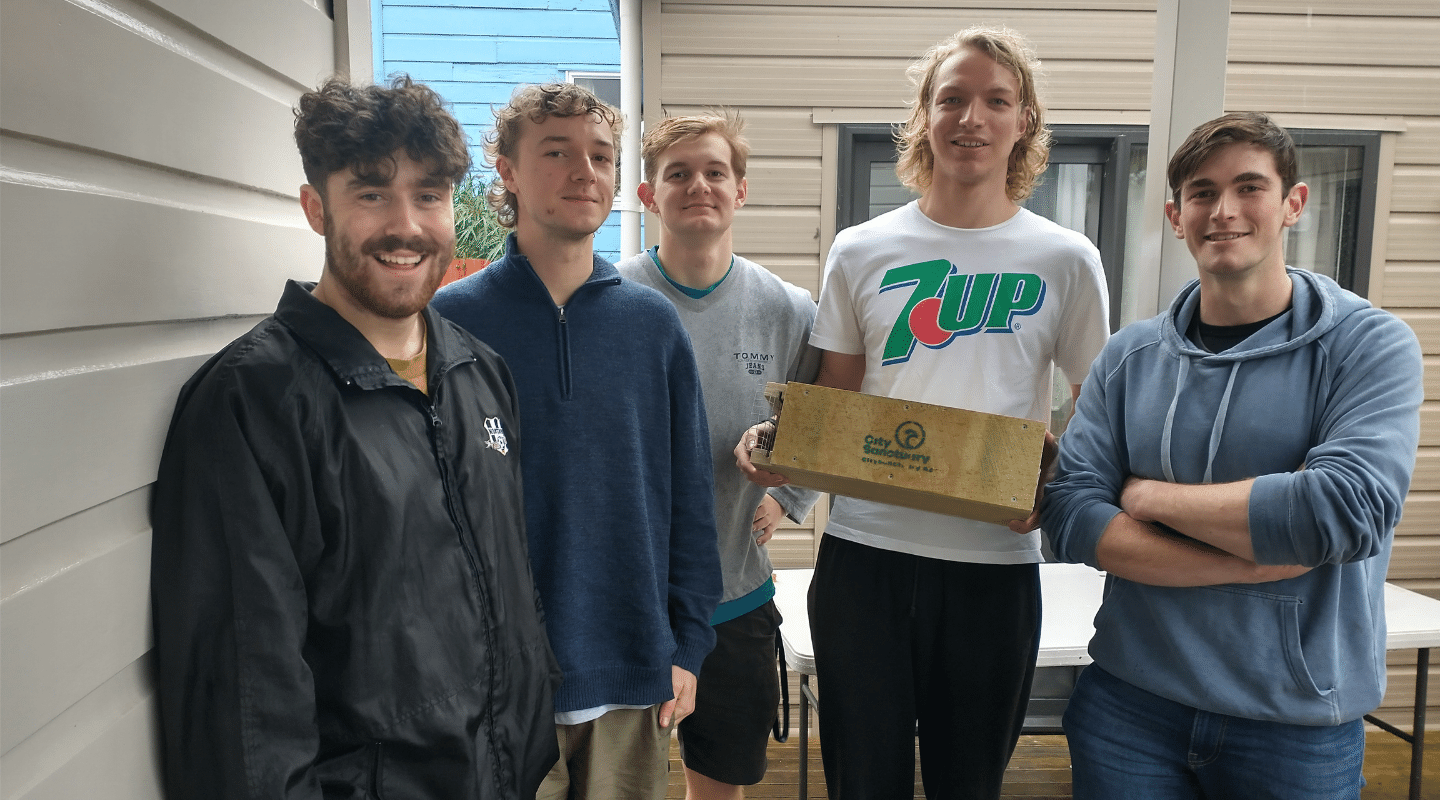 North Dunedin is one of City Sanctuary’s three pilot sites where our aim is to have 1 in 10 households trapping. There are around 860 dwellings in North Dunedin so our goal was to get at least 86 flats trapping by the end of June.

There has never been a trap network in this suburb before and with students changing flats every year we had an interesting challenge.

We kicked things off in February with a stall at an O’Week event, introducing our mascot Thicc Boi the kererū and registering people for a backyard trap. 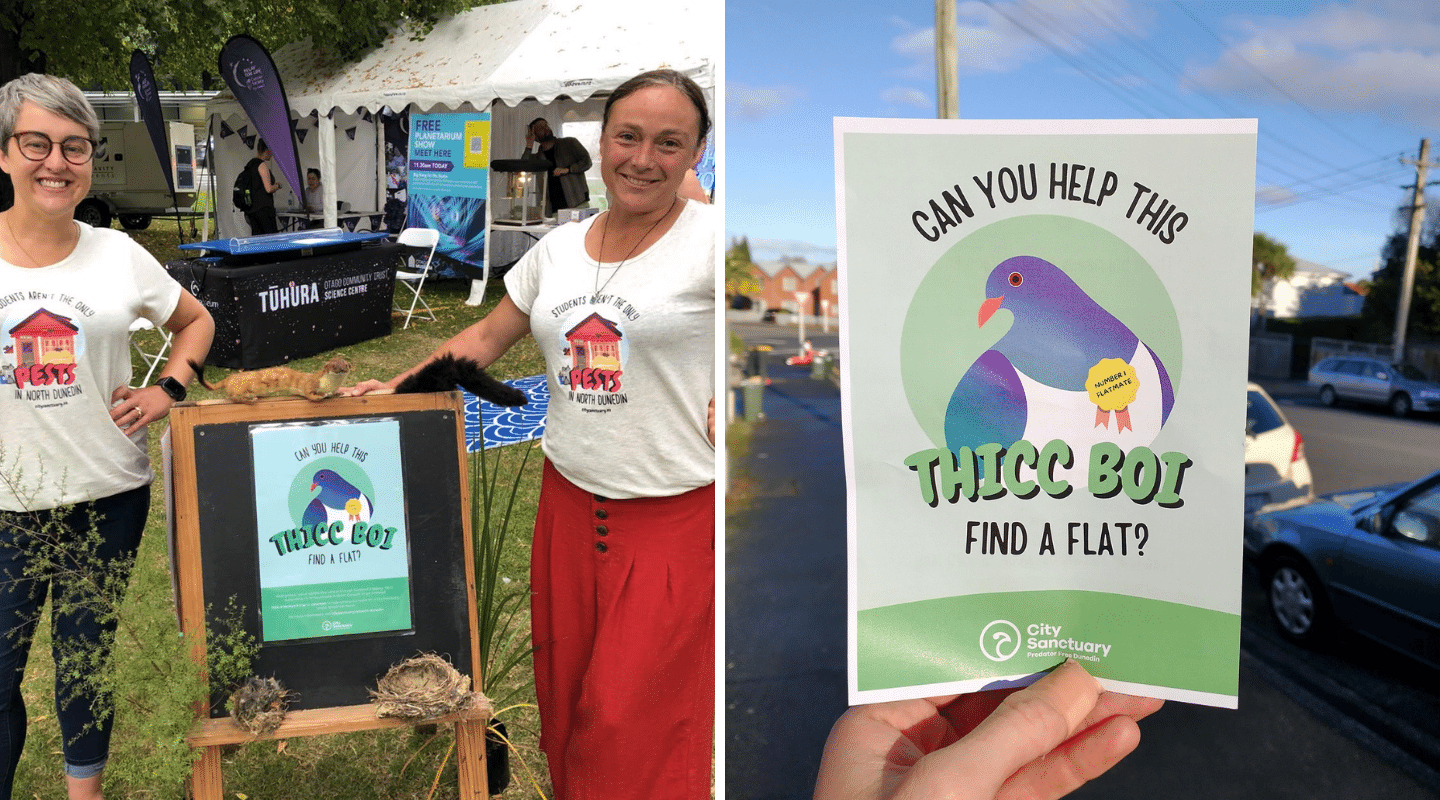 Next we hit the streets of North D and dropped hundreds of flyers and chew cards into letterboxes.

In April 1 NEWS aired a story about our project, profiling some of the first students who started trapping. 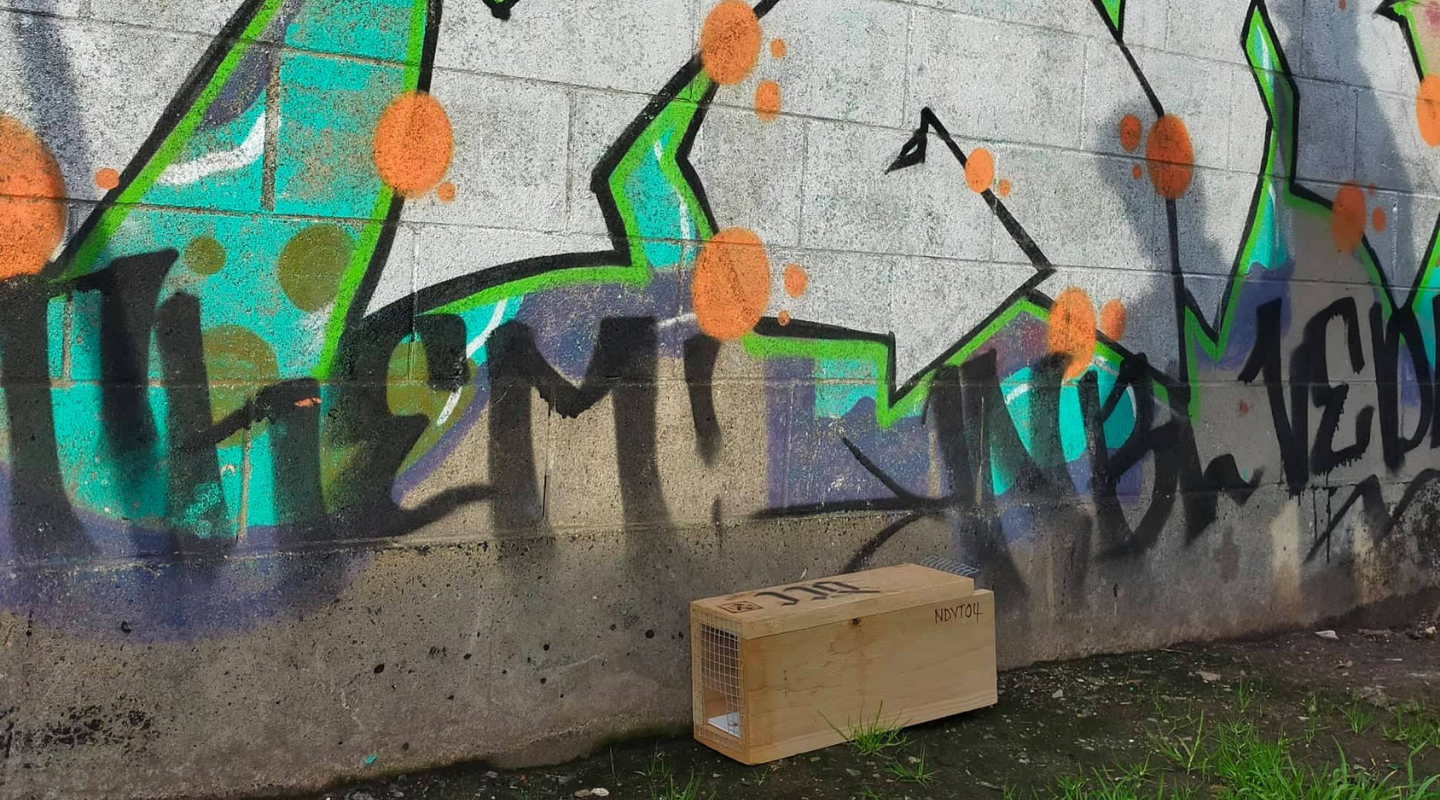 We knew students were supportive of backyard trapping and some were having issues with pests, but only a trickle of people had signed up for trap.

We decided we’d take the traps to the people – in an appropriately wild North Dunedin style.

On a Saturday afternoon in May, the City Sanctuary team and volunteers stormed Castle Street and Leith Street on a ‘North Dunedin Rampage’. Armed with wheelbarrows of traps, Thicc Boi signage and hi-vis vests, we rocked up to as many flats as we could and offered them traps. 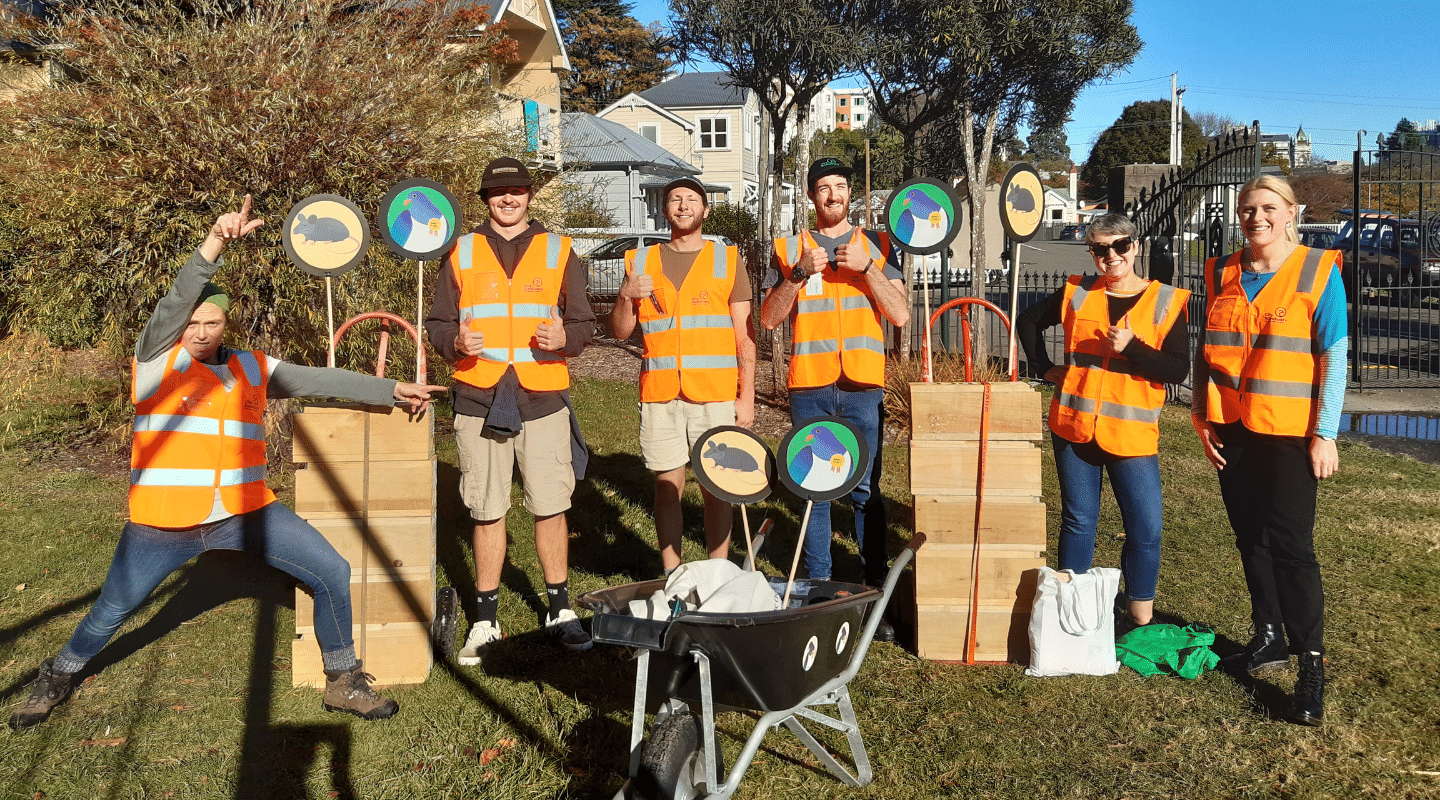 Despite parties beginning to kick off and students getting ready for the ‘Beaver Ball’ we installed almost 30 traps in just a few hours.

Our project featured in the Otago Daily Times and a few light-hearted stories in Critic magazine generated more interest from people in the area. 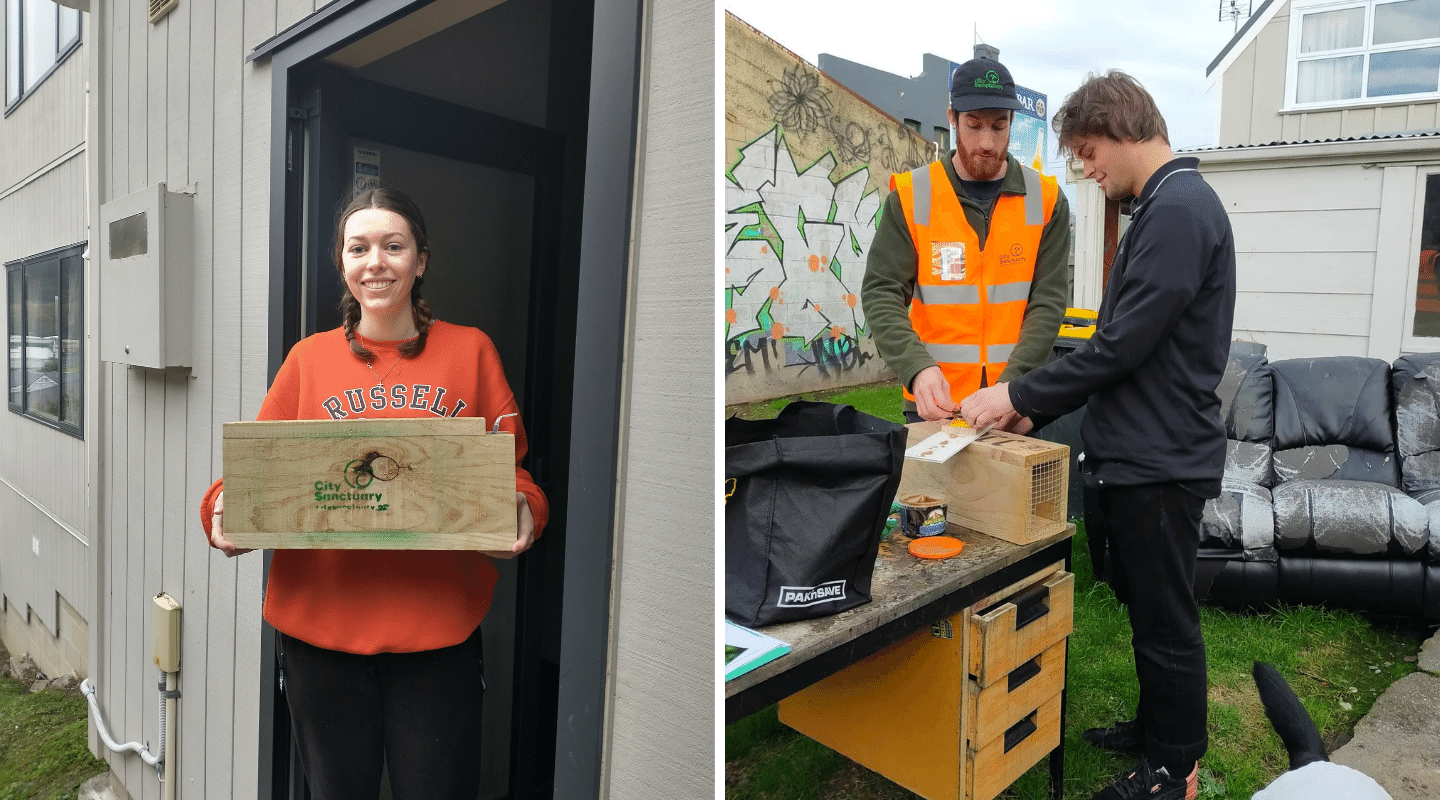 We reached our goal of 1 in 10 households trapping in the last week of June. Although most students were familiar with the concept of backyard trapping, many had never done it before.

Half of the flats have received a Goodnature A24 self-resetting trap with the other half receiving a conventional snap-trap in a wooden safety box. 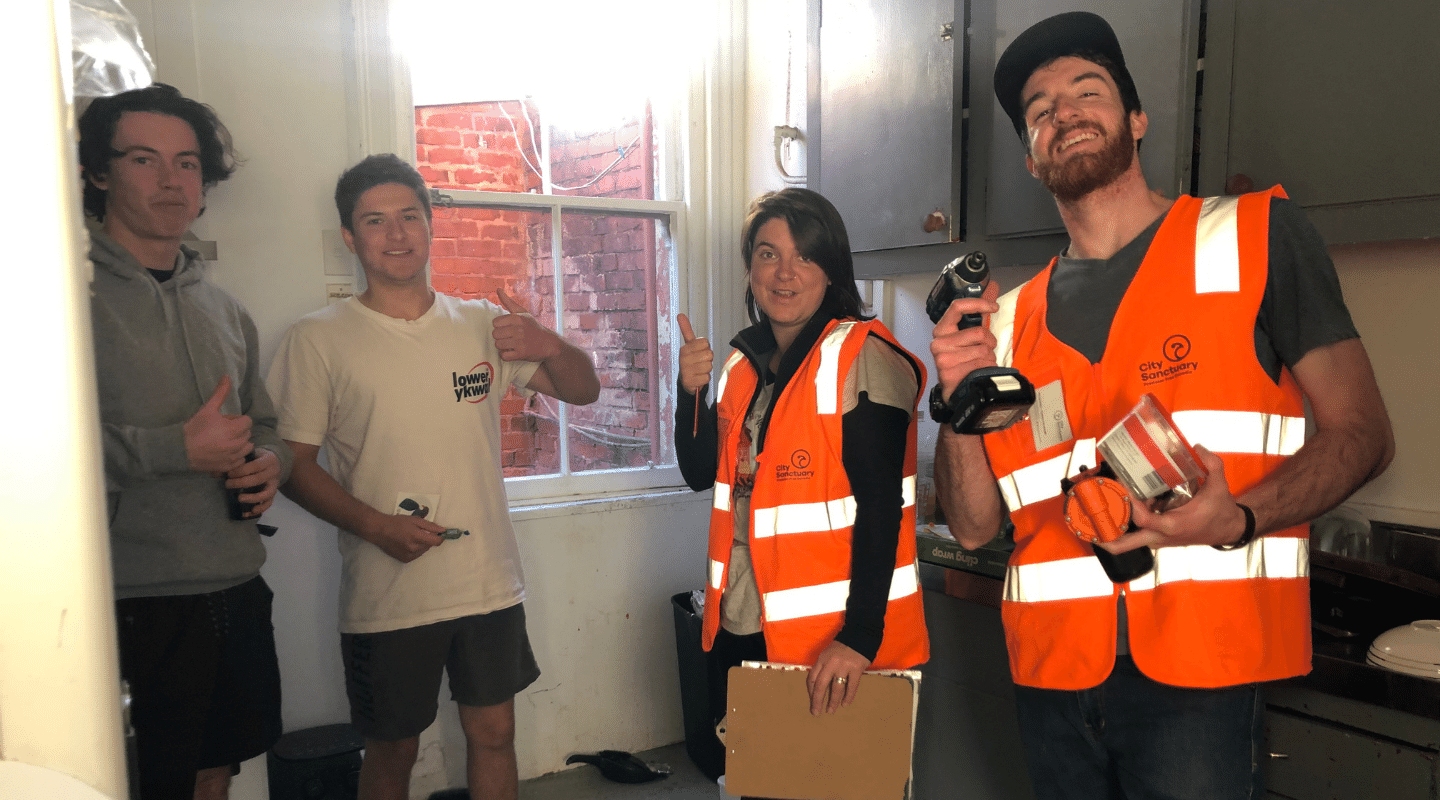 We now have traps on some of Dunedin’s most notorious streets and in the backyards of colourfully named scarfie flats, including: The Dirty Pirate, The Doll’s House, Duke Box, The Asylum, The Orchard and Big Red. 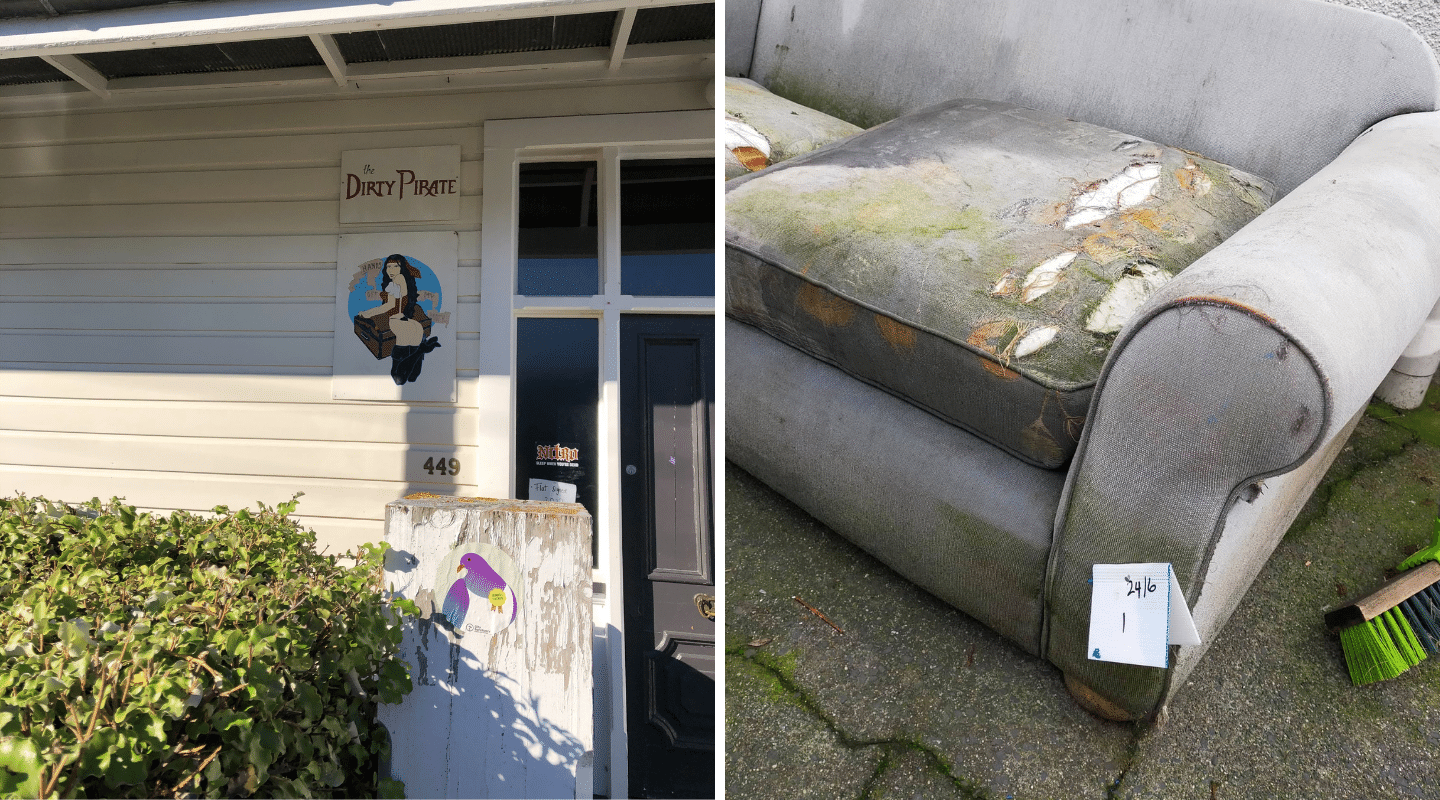 People have been getting good catches of large rats, hedgehogs, mice and even a few possums.

It’s a been a wild ride - we’ve gate-crashed a Hyde Street party, installed traps in bedrooms, nailed chew cards on couches, crunched through glass and broken furniture, and seen some sights which aren’t suitable for publication! 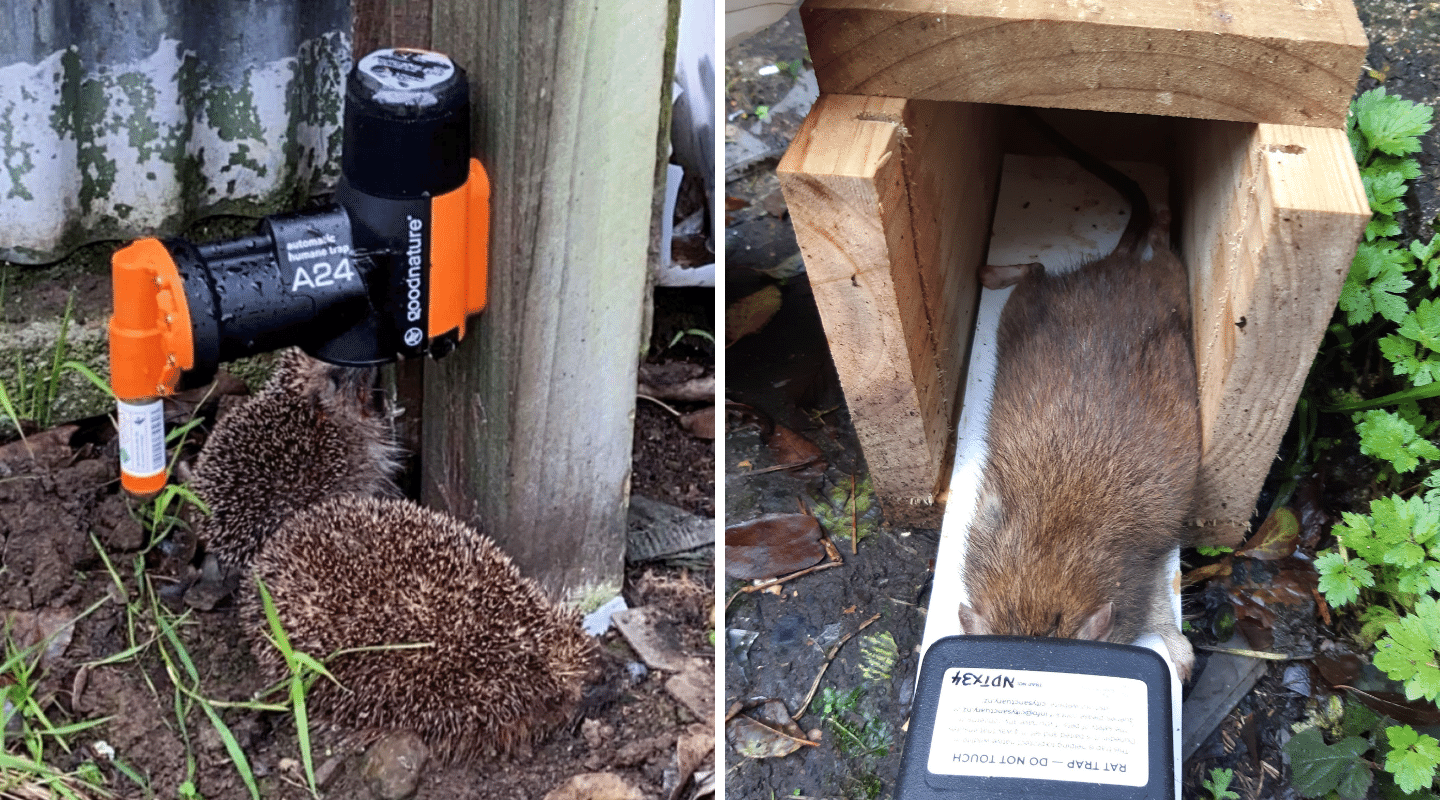 We’ll be supporting students for the rest of the year and offering help with trapping. We’ll also do more pest monitoring and get feedback from trappers about their motivations and experience using the different traps. 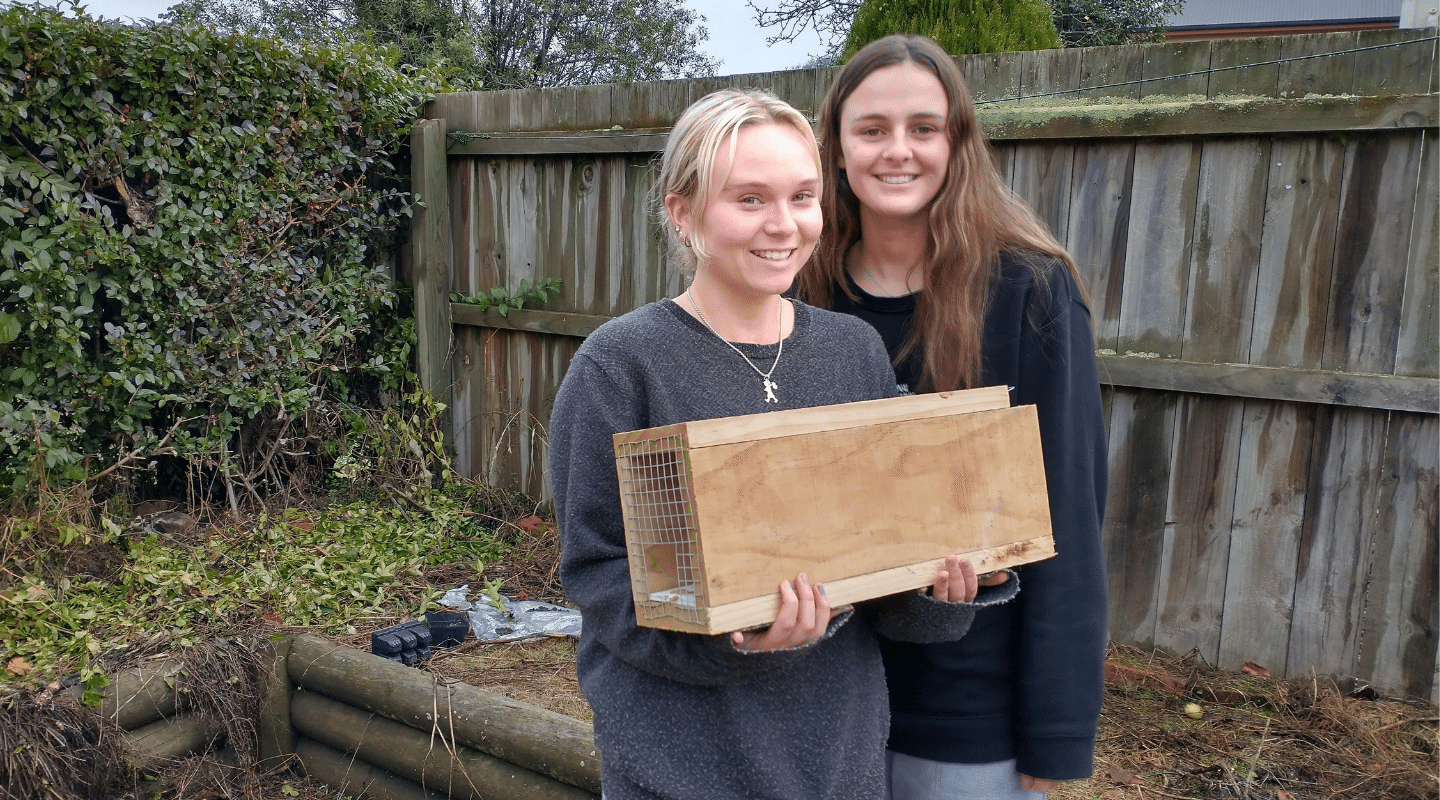 We’re keen to have the network in place long-term so will be working with land owners and the university later in the year to work out a plan for the traps.