City Sanctuary has a growing team of dedicated volunteers who give their time to help protect native wildlife in our city. Today Craig shares his story… 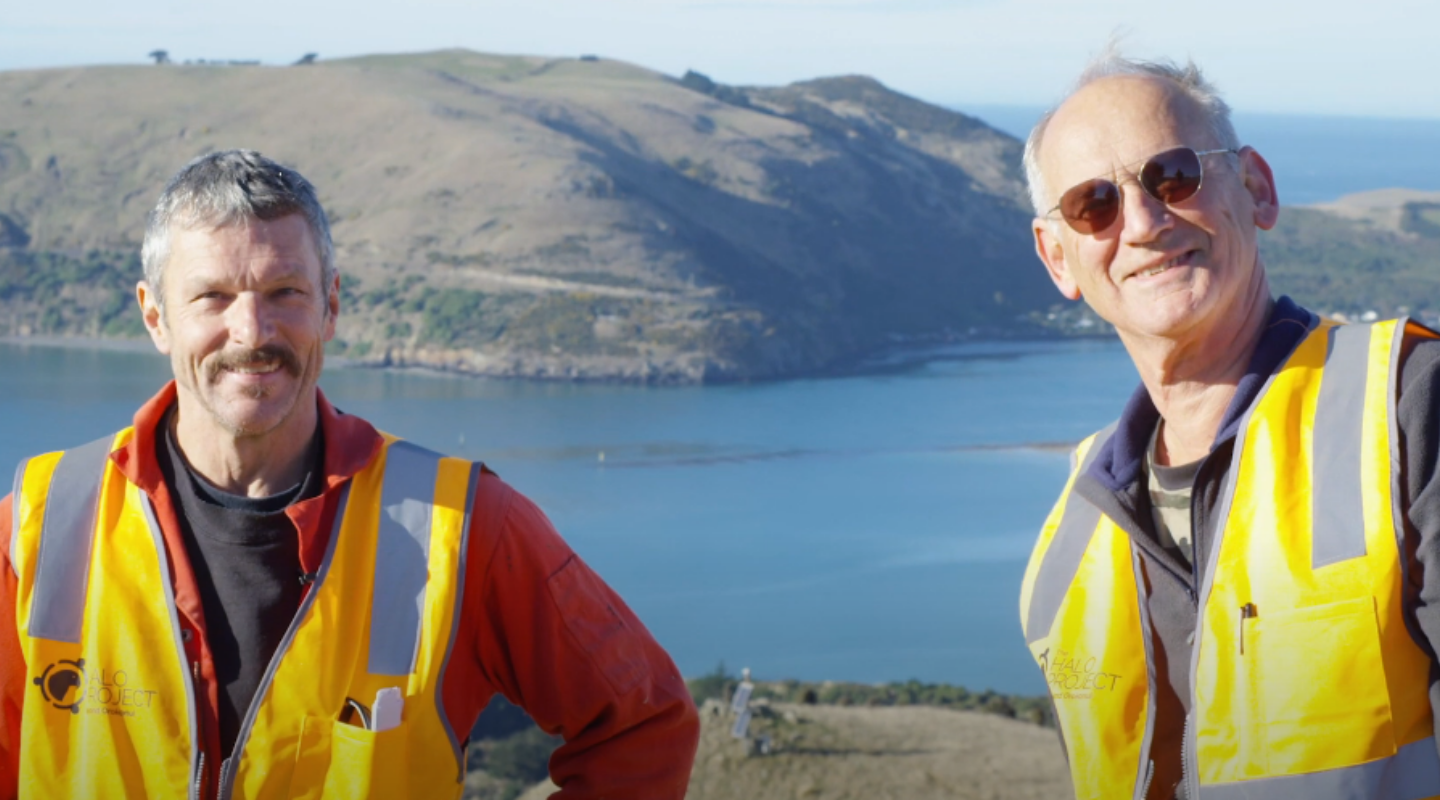 After 30 years living in England, my wife and I decided that it was time to return to New Zealand, and of course there was only one place to live and that was Dunedin.

Following a 25 year career as a teacher of Physics and Mathematics followed by 12 years with Sussex Police as a Wild Life Crime Officer, I was happy to retire but still wanted to do something useful to occupy my time.

Not long after returning to Dunedin I met up with Kate Tanner and Bruce Kyle who, along with volunteer Kim Cameron, were working for the Otago Peninsula Biodiversity Group (OPBG) eradicating possums on the peninsula.

There followed many happy days working outdoors in magnificent scenery cutting and clearing tracks as well as helping with placing and maintaining bait stations. We have even built a dam.

While I knew that Dunedin was quite hilly in places, I did not realise how steep and varied the terrain was on the Otago Peninsula. At (around) 60+ years of age it was quite an eye opener and my fitness improved markedly walking up and down the sand hills, cliffs and tracks of Sandymount and Sandfly Bay. 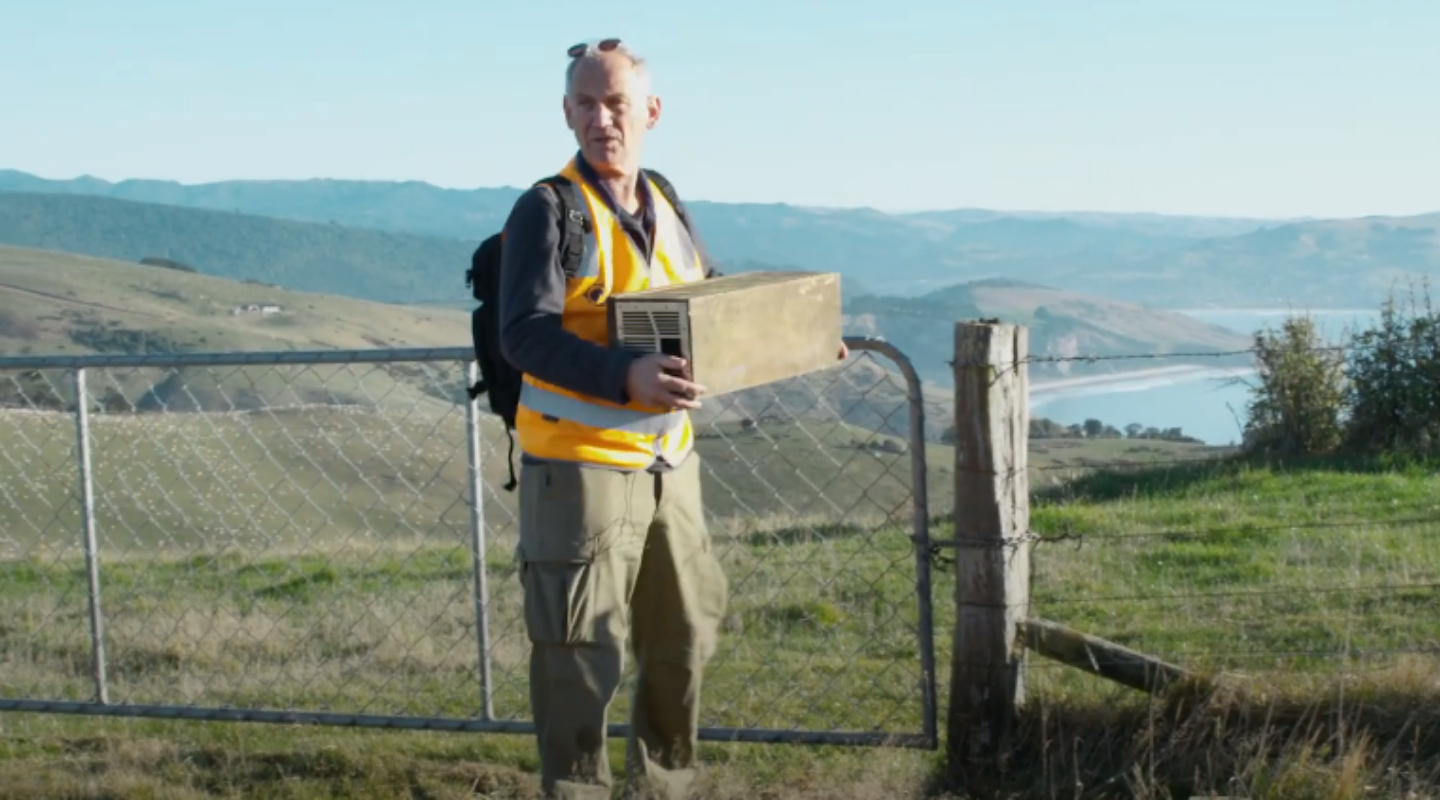 Craig with a DOC200 trap for mustelids.

When Kate moved across the harbour to The Halo Project which is based in Port Chalmers, Kim and I, while still giving a day a week to OPBG, decided to also help Halo.

After concentrating on possums with OPBG, it was quite a learning experience to move on to rats and mustelids (stoats, weasels and ferrets), as well as possums.

Initially we worked on refurbishing a couple of hundred DOC 150 stoat traps that had come out of the Kepler Track Great Walk near Te Anau. Once this was done the next project was to put the traps out on lines throughout the West Harbour, including Aramoana and Heyward Point to name but a few.

It wasn’t too long before we trapped our first stoat. While trapping may not be for everyone it is vitally important and an essential part of introduced predator eradication.

Although this was a different area it was still a challenge as checking trap lines entailed steep walks up areas such as Mt Cargill, Mihiwaka, the summit of Swampy and Grahams Bush. I may not be getting any younger but at least I am getting fitter!

While still working with OPBG and The Halo Project, we have now teamed up with City Sanctuary who are responsible for predator control in the city.

Most of our work for City Sanctuary has so far focused on preparing traps for installation in reserves and backyards. Tasks involve: checking and calibrating DOC 200 mustelid traps, kitting out wooden trap boxes with rat traps attached to corflute mounts, as well as engraving/labelling hundreds of Trapinator possum traps and A24 automatic rat traps. 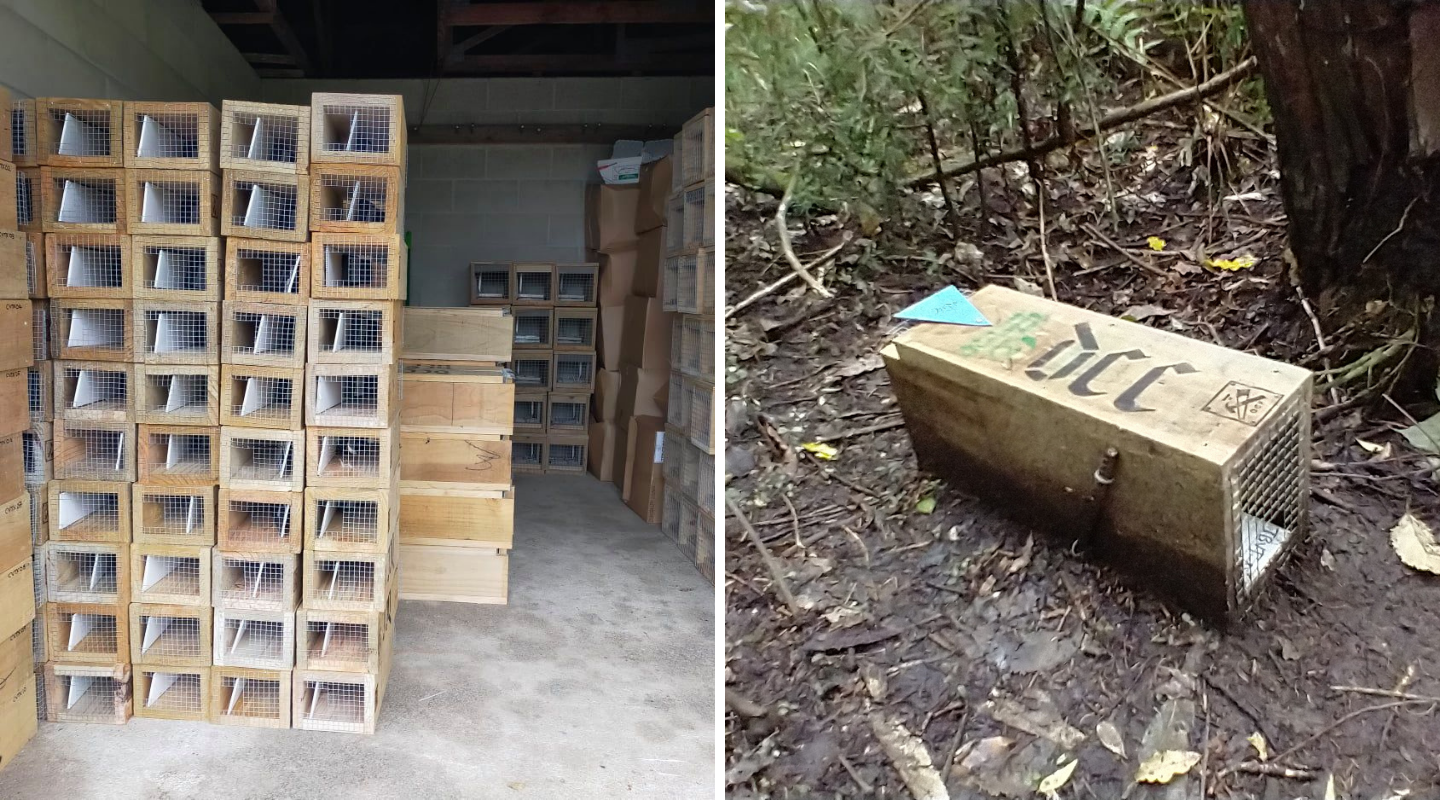 After four years of volunteering with the various groups working with Predator Free Dunedin I still look forward to my days in the field and firmly believe that I can see more bird life and native bush recovering now that we are reducing predator numbers. For anyone who has the time and the passion for helping restore our native flora and fauna you cannot go past volunteering for Predator Free Dunedin.

Starting from one point of contact at OPBG I have, in the four to five years that I have been volunteering, made a lot of new friends. Bruce from OPBG, Sophie and Connor from The Halo Project and Kate, Catherine and Zac from City Sanctuary to name but a few.

While it is fair to say they are all ‘different’ they are all committed conservationists and really appreciate the help that volunteers give to the Predator Free Dunedin Project.

I appreciate the support and advice that they give as I do the social side of volunteering. A de-brief over a pint is always welcome.